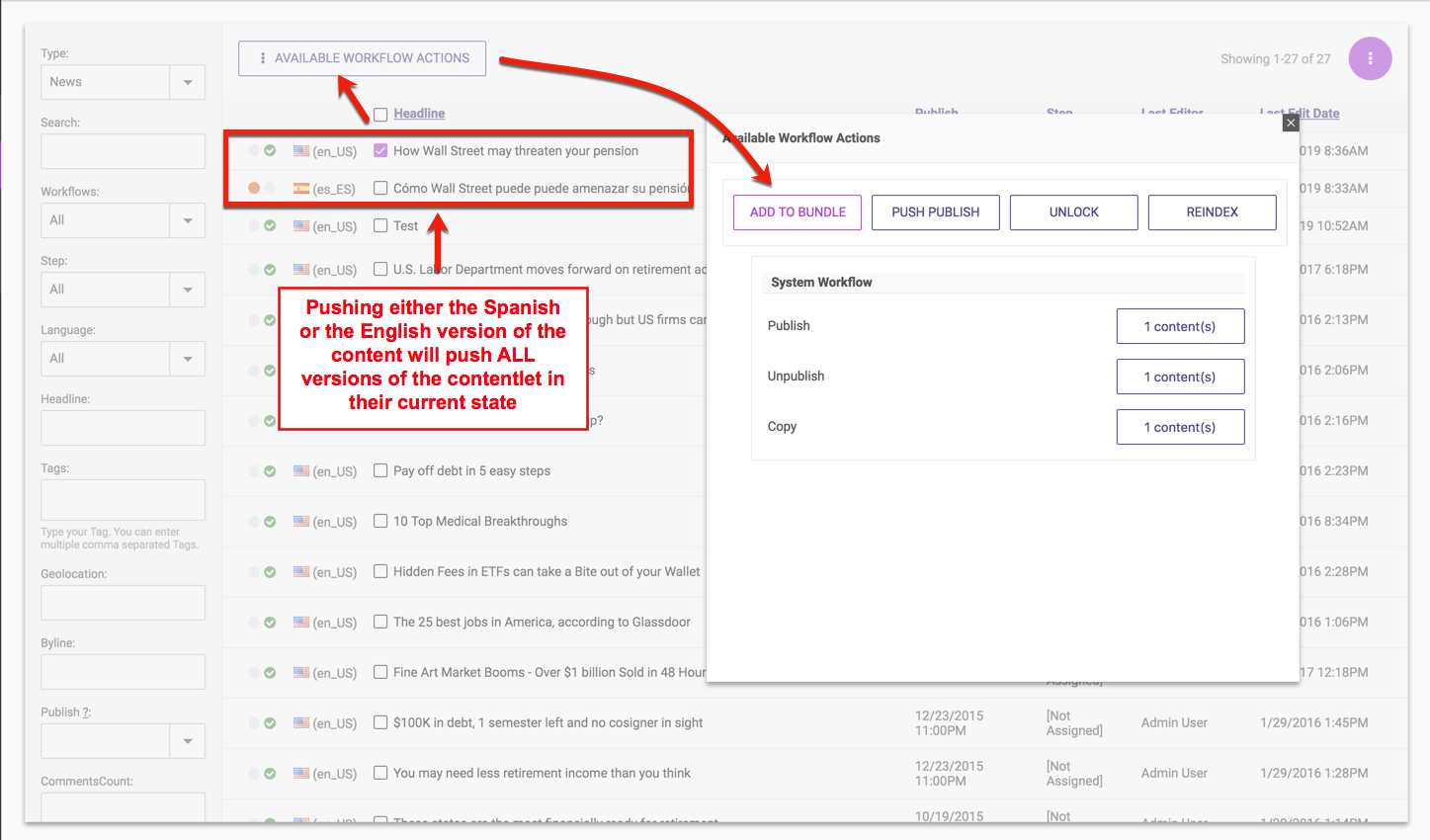 Note that content will never change state because of a push publish operation. If a piece of content exists with an unpublished version in Spanish and a published version in English, and EITHER language version is pushed, then the Spanish version of the contentlet will be pushed to the receiving server in its unpublished or “draft” state and the English version will be delivered to the receiving endpoint as a published piece of content.