Default language variables have been set within language properties files in several languages in the following directory:

In these language properties files, common terms such as “Submit“, “Forgot Password“, “Name“, “month“, and many more have already been translated in multiple languages. However these default laguage variables can be over-ridden or new variables added on the dotCMS backend as global language variables.

To make sure all fields in your multi-lingual form are internationalized, first add them all as language variables, including all of their multilingual versions, and then add the EXACT case sensitive name of that variable on the Form Structure as a field.

First Name and Last Name set in English (note that the language property can't have spaces or special characters): 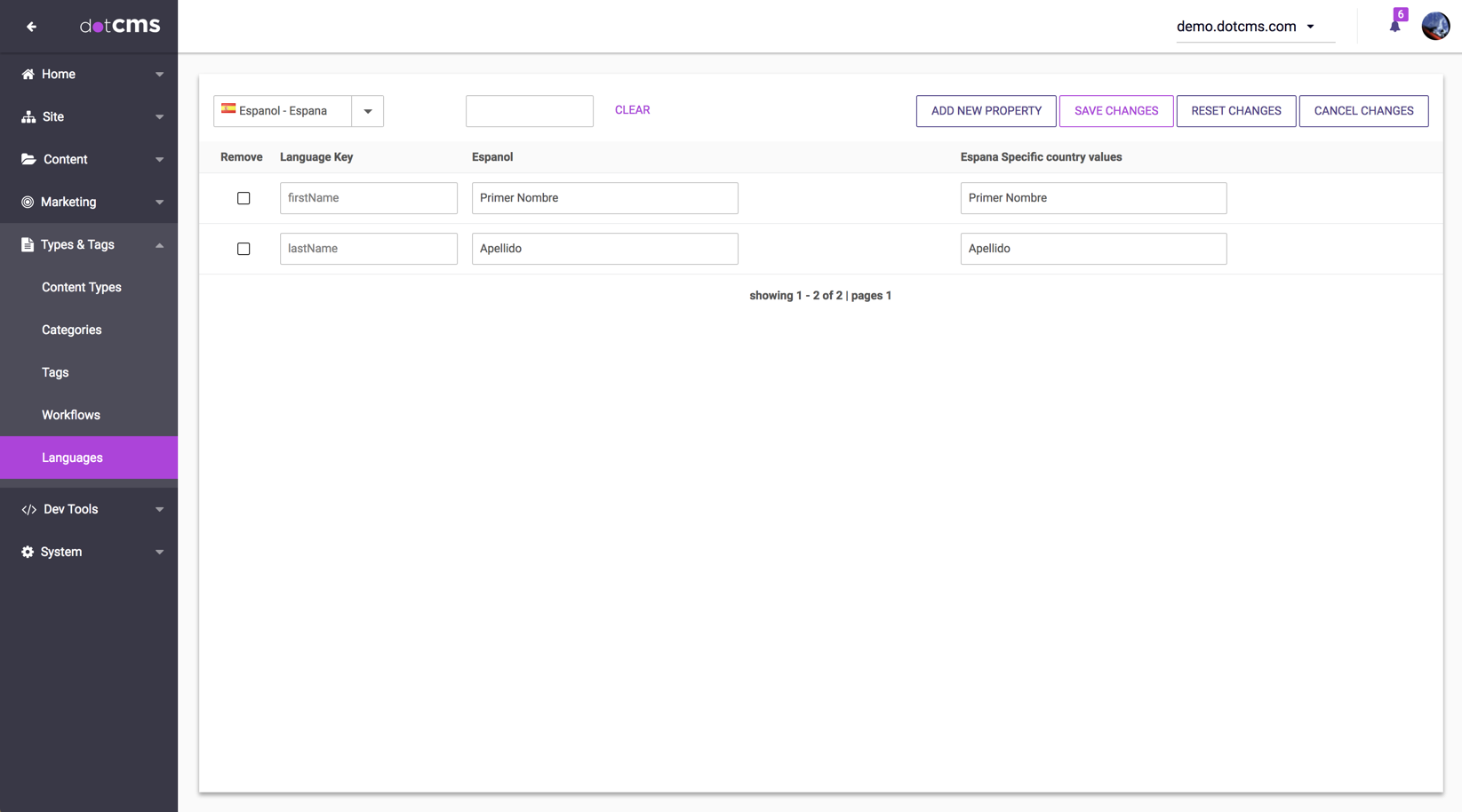 After setting the Language Keys, use those keys on the Form Structure as shown below: 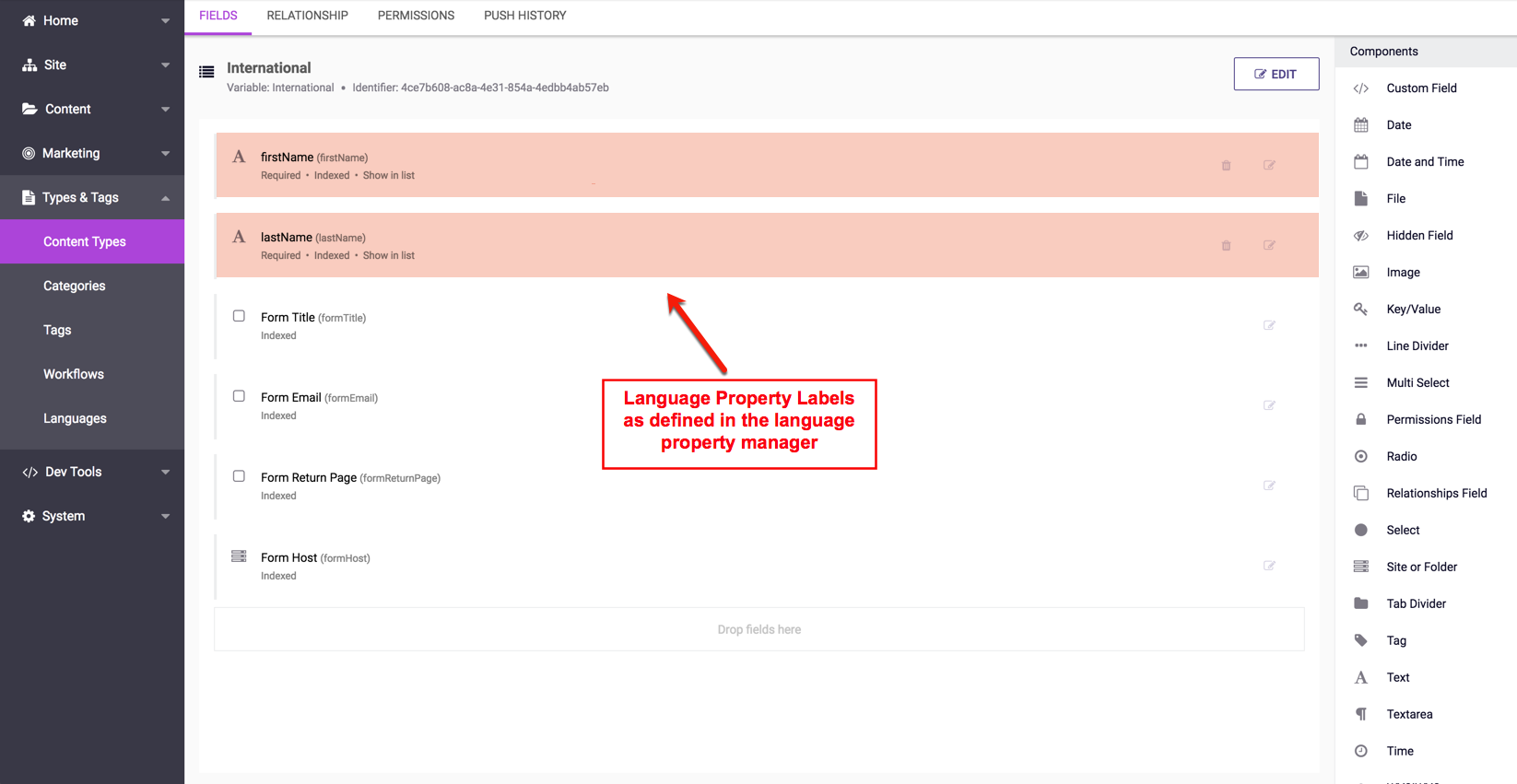 When the Form is placed on a page and that page is viewed with the language setting set to English (language_id=1), or Spanish (language_id=2), the form will automatically translate the form labels using the Language Key values. 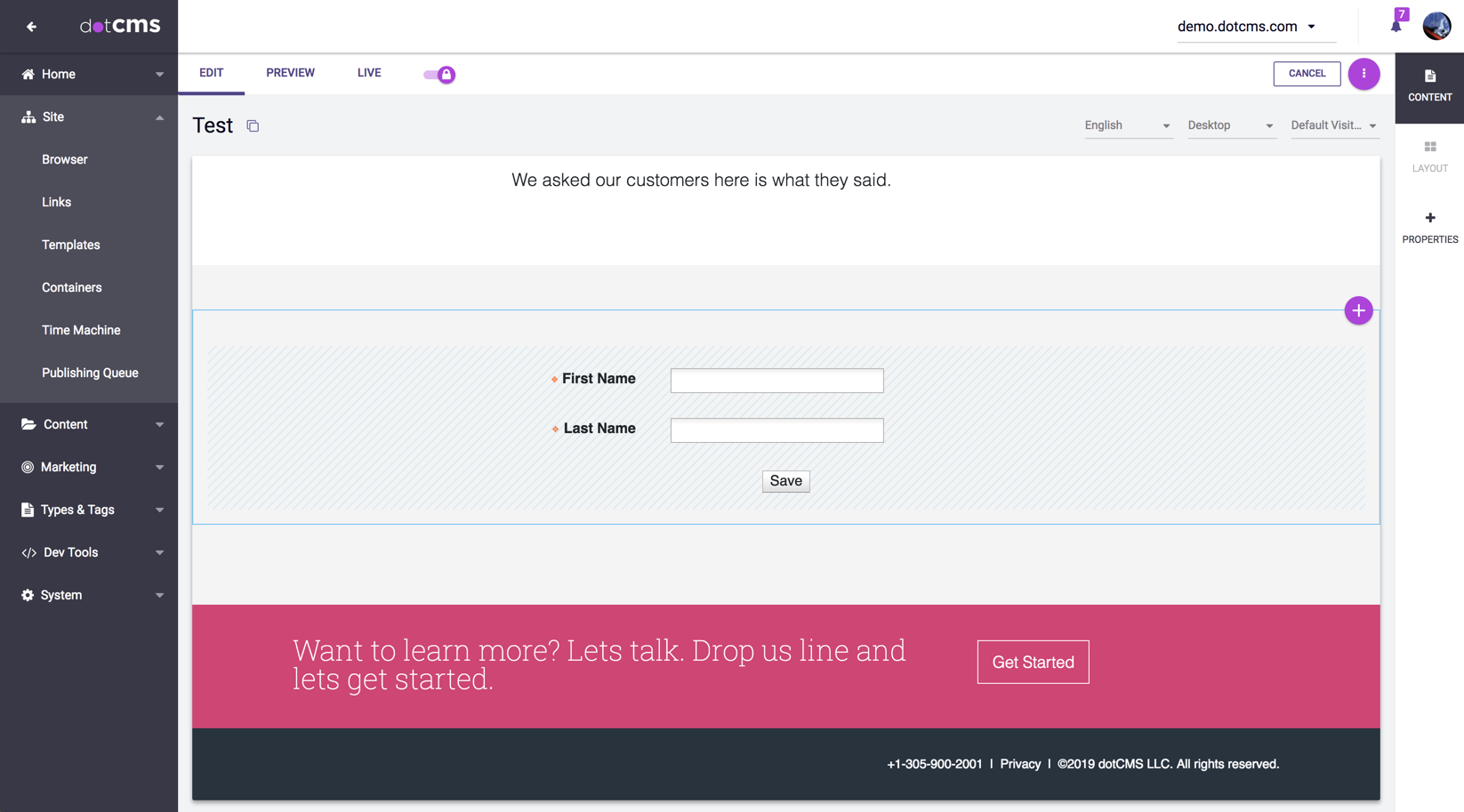 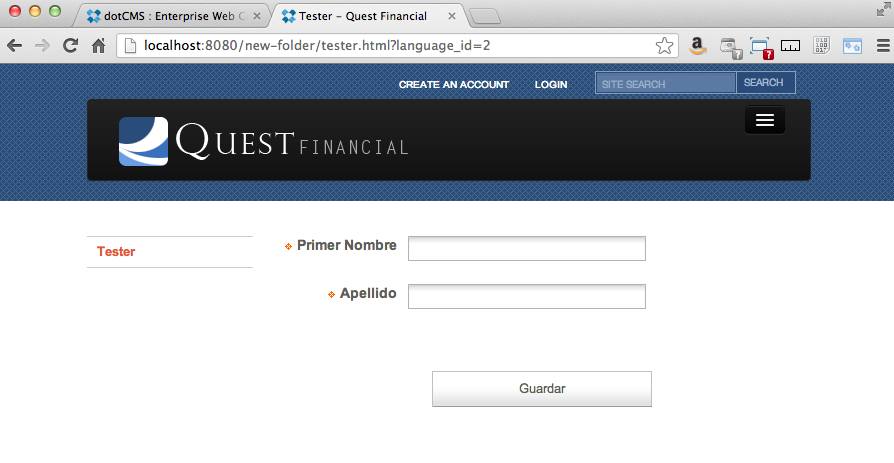